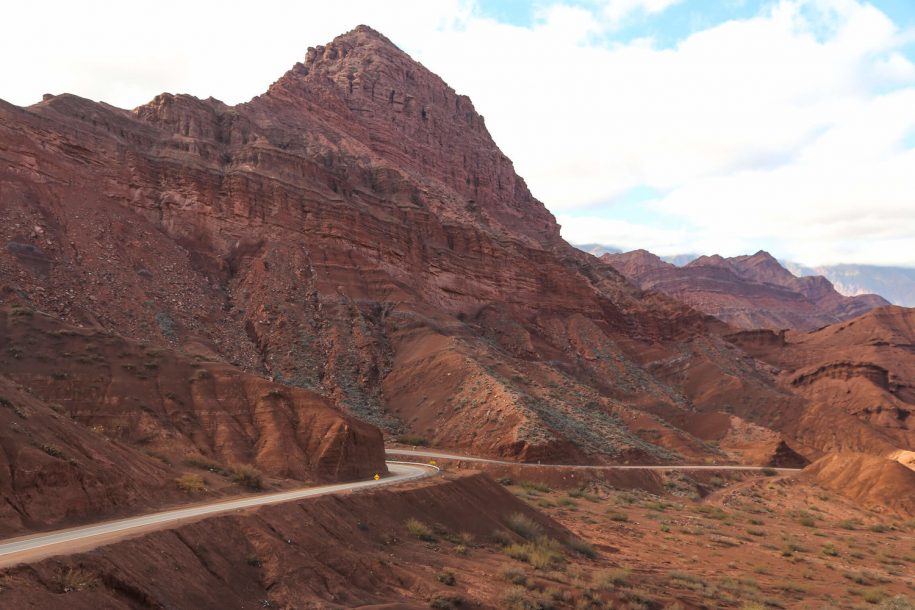 The Quebrada de las Conchas (or Shell’s Gorge) is about an hour and a half south of the city of Salta in Northwest Argentina. The Quebrada is part of the Calchaquí Valley, which is the entire region surrounding Cafayate to the south and reaching up to Salta in the north. This valley formed by the Calchaquí River is filled with beautiful, other-worldly geographical formations. While the entire valley is worth a visit, the star of the show is without a doubt the Quebrada de las Conchas.